A pipe is a form of redirection (transfer of standard output to some other destination) that is used in Linux and other Unix-like operating systems to send the output of one command/program/process to another command/program/process for further processing. The Unix/Linux systems allow stdout of a command to be connected to stdin of another command. You can make it do so by using the pipe character ‘|’.

This direct connection between commands/ programs/ processes allows them to operate simultaneously and permits data to be transferred between them continuously rather than having to pass it through temporary text files or through the display screen.
Pipes are unidirectional i.e data flow from left to right through the pipeline.

Example :
1. Listing all files and directories and give it as input to more command. 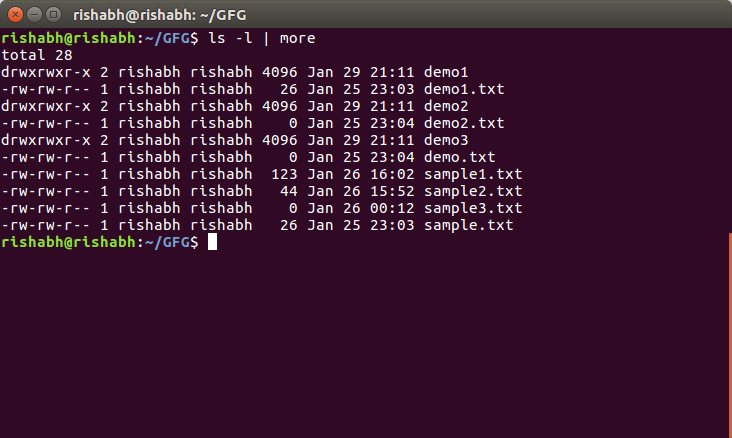 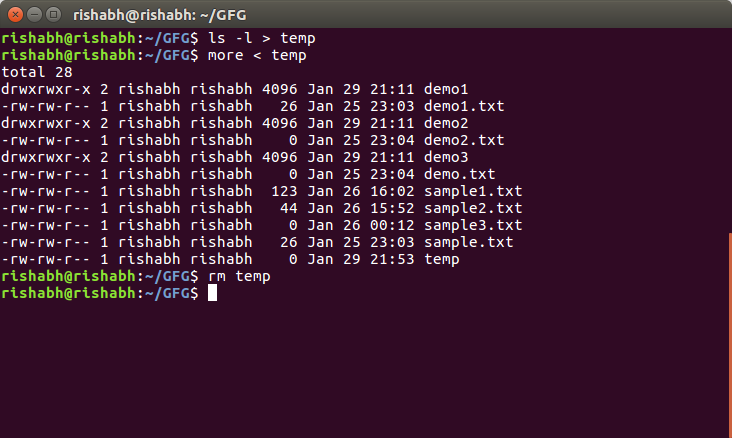 Output of above two commands are same.